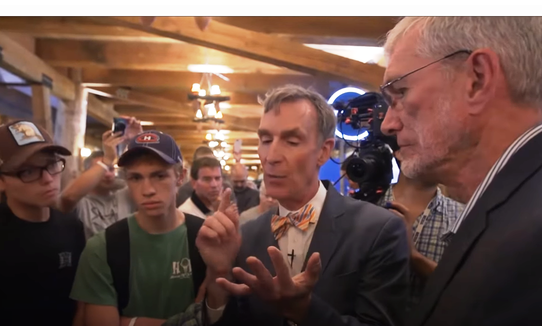 In the wake of the CCP Virus, our meetings at Calvary Chapel Costa Mesa have been temporarily suspended.  For the last several months, the Creation Science Fellowship has been meeting at our usual times (7:30 P.M., 1st and 3rd Saturdays of each month) over the Internet via ZOOM.

However, a scheduling conflict makes a ZOOM meeting this week impossible.  Consequently, we invite everyone to view on your own the video that we would have watched together.  You may find it  at https://www.youtube.com/watch?v=PPLRhVdNp5M&list=PLmGvdtMCf1aLyjtZIJztXFpzc2vk8RM0w.

THE NANOMETRIC MACHINES OF LIFE

Thomas Kindell​,  M.A. (Biblical Studies), D.Ph.Th., will give a presentation titled, "THE NANOMETRIC MACHINES OF LIFE."

All living creatures depend on molecular machines to perform crucial life functions.  Yet, science shows that machines never arise except by Intelligent Design.  God's superior machines point to His superior Intelligence.
​
About our speaker:  Dr. Thomas Kindell was once an ardent believer in the “fact” of evolution. However, through his exposure to the scientific case for creation, he became a zealous creationist. He received advanced training in scientific creationism through the Graduate School of the Institute for Creation Research, then in Santee, California. He has been privileged to study under several of the world's most prominent creationist scientists.  He also has studied Christian Apologetics and Biblical-Scientific Creationism at California Graduate School of Theology where he received his M.A. in Biblical Studies.  He holds a Doctorate in Philosophy of Theology (major in philosophy of Biblical apologetics.)Dr. Kindell is the founder and president of Reasons for Faith Ministries, Inc., a non-profit ministry dedicated to equipping Christian believers to “give every man an answer” for their Biblical faith.  For over 30 years he has engaged in a traveling teaching ministry lecturing on Biblical apologetics and the scientific case for creation.

He is an ordained Calvary Chapel pastor devoted to full-time teaching of Creation-Science apologetics.

Dr. Kindell has successfully debated the scientific case for creation against notable evolutionists on high school and college campuses, radio, and television.  He is a frequent guest on the radio series “Science, Scripture & Salvation” which is produced by the Institute for Creation Research.  He is the author of the acclaimed book, “Evolution on Trial.”

Dr. Kindell’s creation‑science seminar has been repeatedly acclaimed as one of the very best in the nation and was enthusiastically endorsed by the late Dr. Duane T. Gish, Senior Vice‑President Emeritus of the Institute for Creation Research.

Dr. Kindell is available full-time on a free will offering basis for speaking engagements throughout the United States and abroad.Program to be determined. 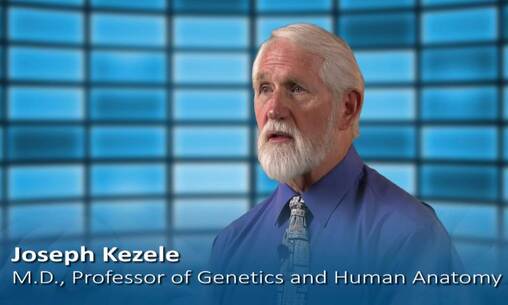 Dr. Joseph Kezele will give a significantly UPDATED presentation titled, "BIRDS FROM DINOSAURS? - HORSE FEATHERS!"
About our speaker: Joseph Kezele studied the sciences and music at the University of Arizona, while earning his B.A. in Russian in 1971, and his M.D. in 1975. He then completed a Pediatric Residency and practiced Emergency Medicine for 25 years in the Phoenix area, and was a diplomate of the American Board of Emergency Medicine and fellow of the American College of Emergency Physicians. He is now retired from the practice of medicine, serves as President of the Arizona Origin Science Association, is Adjunct Professor at Arizona Christian University in Phoenix, teaching Human Genetics, Cell and Molecular Biology, Pathophysiology, Organic Chemistry  and Creation Science Apologetics. Dr, Kezele has also been named a Logos Research Associate. He serves as Chairman of Deacons and teaches Creation Science Evangelism at Black Mountain Baptist Church in Cave Creek, Arizona. He has participated in over 21 foreign mission trips, teaching medicine, standard evangelism and creation science evangelism in India, Zambia, Mexico, Russia, Latvia, Lithuania, the Ukraine, Bosnia-Herzegovina, and Armenia. Dr. Kezele is one of the principle presenters in the Institute for Creation Research’s 4 DVD series Made in His Image.  Last year, he returned to the Ukraine for three intense weeks of teaching Creation Science Apologetics and Evangelism as part of the activities prompted by the proclamation of the President of the Ukraine recognizing the 500th anniversary of Martin Luther's sparking the Reformation in Germany.